On September 20, the Association of Clusters and Technology Parks (ACTP) of Russia published the results of its 5th Annual National Ranking. TechnoSpark from Troitsk was rated first for the fourth time over. Denis Kovalevich, CEO and one of the shareholders of the TechnoSpark Group of Companies, shares his views on how the model of serial tech entrepreneurship makes it possible to compete with conventional technology parks, main breakthroughs of the year and initiatives for the development of Troitsk. 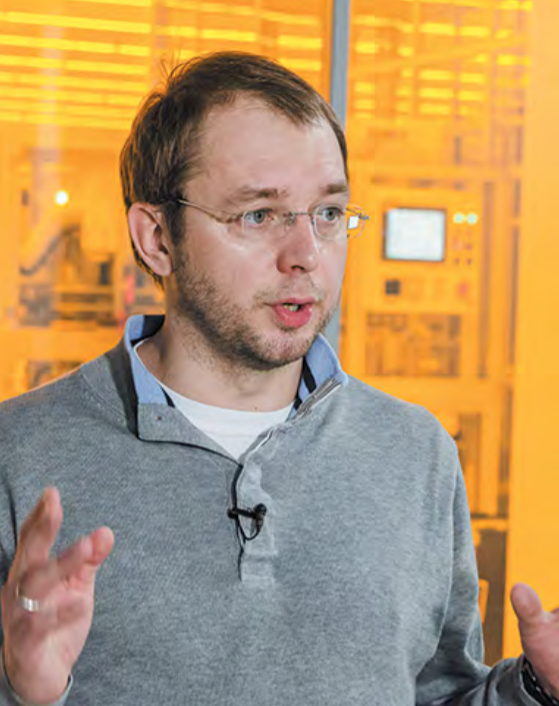 In the Boiling Point

The conversation took place in the conference room of the business incubator at 1, Sirenevy Blvd. TechnoSpark is its management company; the building also houses a Fab Lab for schoolchildren. “Do you know what the Boiling Point is?” Mr. Kovalevich asks. “It’s not only about physics… It’s now a project run by the Agency for Strategic Initiatives: a set of platforms that offer a free-of-charge communication infrastructure to proactive city communities. There are about 40 platforms of such kind, the first ones opened back in 2014 in the capitals that were followed by regions, and this year the trend has reached smaller towns and universities. It will be here, at Sirenevy, too.” “It is our investment in the communication platform for the town,” says Denis Kovalevich. “One of about a dozen of tracks that we hope will take root here is Troitsk.Environment. Another one is the reconstruction of the town’s history that was started on ktogorod.ru, and the third one is Troitsk.Food. Debates can easily evolve into joint ventures, startups, and non-profit activities. Our task is to prepare a space for discussion and maintain the expert-grounded mode of communication.” The conference room is already in operation, after some updates it will seat up to 70 people and there will be an option to divide the space into two zones. There will be a negotiation room nearby, as well as a co-working area with a total area of 250 sq. m. “It will be a place to discuss public strategies regarding a whole range of aspects of city life,” Denis Kovalevich continues. “It is a sort of our own local Civic Chamber that will form itself. The rules in all Boiling Points are very simple: it’s forbidden to discuss religion, drugs, and arrange party rallies. As the communication rules go, it is prohibited: to manipulate other interlocutors (for example, by making statements in the interrogative), to speak about something without any personal experience, or, the other way round, keep quiet in case of a wealth of experience.” TechnoSpark is to coordinate the events, whereas discussions are going to be moderated by volunteers. The Fab Lab is going to remain in place, too. The official inauguration of the Boiling Point is scheduled for the end of November or beginning of December.

Who is now neck and neck with TechnoSpark in the efficiency ranking? “Most of other technology parks operate on a different kind of logic from ours,” Mr. Kovalevich goes on. “They wait for residents to come, offering them attractive conditions, whereas we consciously start companies from scratch. By the way, the second place won by the Mordovia Technology Park is attributed to the growth of the Saransk Nano-Center that is second best in our network in terms of the growth rate.”

December will mark six years since TechnoSpark opened at 2A, Promyshlennaya Street. How far is the time when the “startup conveyor line” will start mass-producing ready-made companies? “The worldwide average is about 15 to 20 years,” Mr. Kovalevich answers. “We are halfway there. The whole path can be broken down into two parts: infancy, which has been passed by some of the companies, and tender age, which marks the time when we put out the most mature companies for investment.” The first ones are Ronavi with its warehouse robot, Polarus with its picosecond lasers, and InMotion with its sports data tracking and analysis systems. By the way, logistic robots and lasers are also manufactures in Troitsk, by TEN Fab of TechnoSpark. It is one of the contract companies, which suggests that it doesn’t produce its own designs but instead completes orders set by others, and starting from this year it has begun to manufacture not only components and prototypes, but also small batches of finished products. TEN Fab has already delivered a batch of 3D-printers for the Hercules company from Krasnoyarsk, and it is going to produce 20 robots for Ronavi by the end of the year. In just one year, the company has more than doubled its turnover, introduced a shift system, the Beta facility works from eight in the morning to eight at night without weekends.

What’s next? Take robots for instance, they will be ordered times more, in about two to three years investments in the company will stand not at dozens of millions of rubles but at hundreds, and it will require a full blown production. The same path that leads from a startup to a plant is what awaits Polarus and Solartek. Will these new high tech job opportunities open particularly in Troitsk? “We really count on that, but, well… the TehnoSpark campus is almost completely full,” Denis Kovalevich responds. “It is the fifth block only that is left to build to specialize in biotechnology and green tech. There is currently no more space within the bounds of our territory.” Neither there is space anywhere near. “You can take it as an open offer on our part,” the CEO adds. “We are looking forward to proposals from any state and private landowners of Troitsk to negotiate the expansion of TechnoSpark.”

By the way, how many jobs are in question? “It is worth pointing out that the ACTP ranking is based on the results of the previous year, so those who got jobs this year, say, in the Russian Center of Flexible Electronics, were not taken into account. As of the end of 2018, TechnoSpark employed about 250 people, which turns into 350 if we include freelancers and part-time workers, and by the end of 2019 their number can reach 500. Regarding Troitsk, every job has to create at least two or three other jobs in the town. There could be even more: for example, in the Belgian city of Leuven the multiplier is seven because of technological and business-related services, food, services, and trade…

We have it in a different way: of all the people employed by TechnoSpark only a quarter live in Troitsk. There is practically no rented accommodation, schools are overcrowded, and prospective Troitsk residents opt for New Vatutinki, Kommunarka, Salaryevo… “To find a place to live for trainees from Tomsk and Tyumen to stay, we carried out a special operation,” Denis recalls. “Throughout the entire summer we were “hunting” for apartments. We only found one at 20, Gorodskaya Street, in the most recent housing.” Therefore, new jobs do appear but outside Troitsk. And it’s hard to change the situation by mere orders. “It has to be addressed by the city as a community of proactive people,”  Denis Kovalevich believes. “To ensure development at a pace that keeps up with our growth, it requires not only the involvement of the administration and massive investment from Moscow but also constructive initiatives from active residents. That’s why we are opening the Boiling Point in Troitsk.”