Вы находитесь на старой версии сайта. Перейти на новую: technospark.ru
The Director of TechnoSpark Received the Person of the Year Award from the Mayor of Troitsk
11.02.2019

The Director General and a shareholder of the TechnoSpark Group of Companies, Denis Kovalevich, was named Person of the Year at the ceremony that was held on February 8 in Troitsk (Moscow).

The Person of the Year Award has been given by the Troitsk City Administration since 2010, to celebrate those who contribute to the life and development of Troitsk in the nominations for Innovations and Business, City Environment, Education, Culture and others, as well as a number of special nominations established by the mayor, the city council and the award organizing committee.

When handing over the statuette, the mayor of Troitsk, Vladimir Dudochkin, admitted that he had to choose one winner out of over 50 candidates in the special nomination.

Denis Kovalevich has been in charge of the TechnoSpark Group of Companies since 2013. The All-Russian Association of Clusters and Technology Parks has rated the TechnoSpark campus as the country’s best technology park three times in a row since 2016. The key factors estimated by the Association are the number of tech companies and their growth rate, the level of investments in high-tech products and scientific researches, rising amount of created jobs and tax deductions.

For over the five years since the first facilities of TechnoSpark opened in the south of Troitsk, dozens of new technology startups have been created and now employ over 300 people. 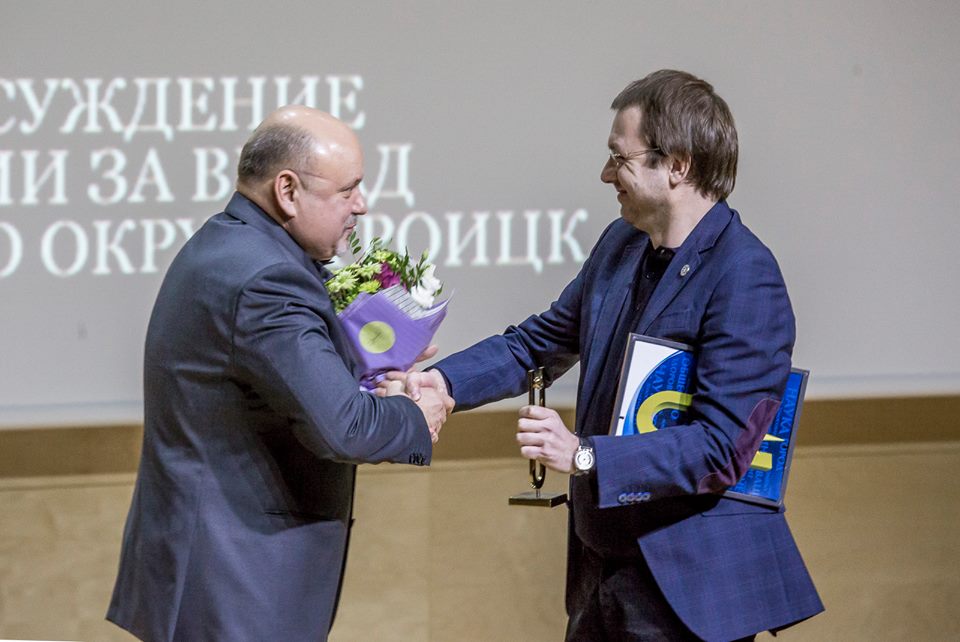 — This award is all about recognition of the work done by all people working for the Technospark Group of Companies — engineers, managers and entrepreneurs alike. It is also recognition of those who are shaped by Technospark: every high-tech job created in the economy produces three to seven related jobs — in trade, construction, service industry; jobs in schools, even in tax offices — everyone benefits from it. The school children of Troitsk deserve special mention. Year after year the Technospark campus in Promyshlennaya Street welcomes several thousands of boys and girls, and the business incubator in Sirenevy Boulevard houses project schools where secondary and high school students are trained in new tech professions. This award also goes to them and their parents.

Troitsk is a science town within Moscow that boasts 10 research institutes and innovation companies, including over a hundred ones that belong to the TechnoSpark Group.