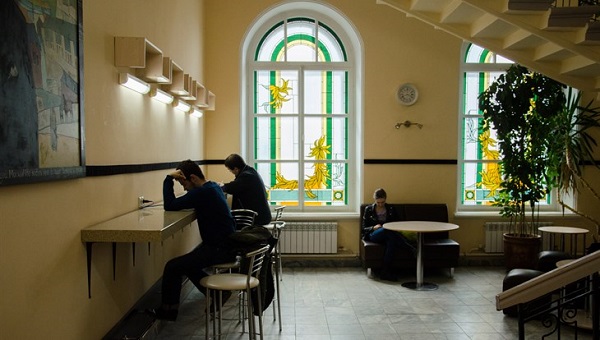 TOMSK, February 25 — RIA Tomsk, Elena Taylasheva. Tomsk State University (TSU) and the TechnoSpark Group of Companies are launching the so-called CEO Training Program. It is going to be one of the first attempts in Russia to combine building a technology business and completing a graduation project. Denis Kovalevich, CEO of TechnoSpark, has told RIA Tomsk what differs a ‘business builder’ from a regular entrepreneur and why excessive investment is a bad thing.

It has been revealed already that TSU and TechnoSpark have begun selecting students for the Startup Experience internship program. Ten students will have the opportunity to manage real startups for nine months and to defend their final qualifying projects based on the results of their work.

What are the differences between your format and the traditional forms of startup support: accelerators, incubators, etc.?

And all of this is good. However, we live in a situation where there are almost no entrepreneurs or companies in which one can invest!

You mean there are no good ideas?

No, it is not about ideas. There is a world entrepreneurial activity index called the Global Entrepreneurship Index. Russia gets rated lower and lower each year; it is now at the level of Africa. Experts name several reasons for this situation. The first one is inability to see business opportunities. There is no practice for developing business hypotheses in a country where entrepreneurship has been banned by law for 70 years.

Let’s take my parents, for example: they are nuclear scientists. In 1990, they quit their jobs at the Kurchatov Institute branch in Troitsk and set up their own technology startup. Naturally, four years later they closed it.

Well, how could they manage it if they had never run a business in their life? They knew what they were doing in engineering but as for running a business — they had little understanding of it…

The second reason for a low level of entrepreneurial activity is inability to live without a constant income for some time. Unlike Europe, for instance, where parents who have managed to save some money during the previous decades, are able to support their children at the beginning.

What are your ideas on eliminating the deficit of entrepreneurs?

TechnoSpark’s business model and our network of nanotech centers (such as Sigma.Tomsk in Tomsk) is called the venture building. It is based on the fact that there are no entrepreneurs or projects in which one can invest.

We have to do everything from scratch: choosing a startup idea, investing our own capital which had been accumulated previously (TechnoSpark has a public-private partnership form with 51 % of private investments and 49 % of investments from the Fund for Infrastructure and Educational Programs of RUSNANO). We select a technology, build teams, carry out back-office functions all by ourselves.

This model serves as a collective entrepreneur. 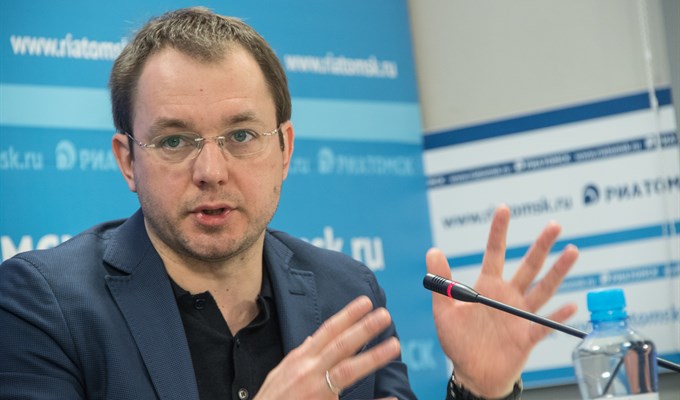 “At the same time, we are building 800 companies all over the country (62 of them are in Tomsk). Our company operates only in hardware industries. We do not work with the Internet, media, IT or fintech spheres. We are interested only in material-based industries,” says Denis Kovalevich.

A Chance for Young Entrepreneurs

Then why do you need to involve students in this model?

Because the main figure in this process is a business builder. Someone who takes an idea instead of creating it (it is not someone who has read some stuff on the Internet and suddenly came up with a brilliant idea in the middle of the night). A business builder is like a housebuilder who develops working documentation, supervises laying the foundation, building the floors, installing the windows, etc. It is something like a school for directors general.

And we are going to select TSU students for these “builder” positions. Why TSU? Because this is one of the few universities in the country which is ready for such experiments. At the beginning of the program the participants will be given a verified and tested business hypothesis on a startup product. In other words, they will be given a sketch of the house. The students will deal with real startup matters for nine months. Afterwards they will have an opportunity to defend their final qualifying projects based on the results of their work.

By what criteria are you going to select students?

The most important thing is that they have to be fit for this type of activity. Patience, curiosity, persistence, self-motivation are crucial.

Aren’t you afraid to give important projects into the hands of students? They are third-year students, you never know what is going on in their minds.

There are several hundred people of completely different generations from the age of my parents (60–65 years old) to 20–25 years old employed by TechnoSpark. I can say that past experience often does not let people switch to an entrepreneurial way of working. People are used to work within administrative systems, with budgets and resources.

Should we change or retrain them? Even if you are 35 years old it is already difficult. With the students, on the other hand, we may succeed. We can give them such a world picture in which entrepreneurship is a very clear form of activity.

The second aspect is that within our venture building model a person works in a quite limited space, so it is impossible to waste the capital assets. The participants will have the opportunity to discuss the matters with senior colleagues and can rely on special financial or legal services.

A Million for Each Startup

At the moment, we have a list of 70–80 business hypotheses. Every month we select some of them and start working on the selected hypotheses. Some of them turn into nothing and have to be put on hold. But the number of ideas on the list is always growing. When you start working in a new industry, you can see so many gaps in the forming systems of labor division!

By the way, why don’t you work with IT, software solutions? In this field it is easier to start and sell a project and to make money out of it.

We, the ones who came up with this idea, come from the hardware industry. For example, I used to work in the nuclear field. Our partner, the Fund for Infrastructure Programs of RUSNANO, is the same. It cannot invest in the Internet, thank goodness! It is probably the only fund that invests in hardware technologies in Russia.

What technologies do you think are promising?

Now we work in more than 10 technology domains. For example, flexible photovoltaics: thin-film solar panels integrated into roofs, walls, windows, roads, fences. Non-silicon-based electronics: chips based not on silicon, but on plastic and other organic or inorganic materials. They can be integrated into any objects and serve as indicators, sensors or signal transmitters. This is the base of the Internet of Things.

Another activity area is production of composite materials. Folding composite bicycles, for instance, that weight 6 kilograms. You can lift it with two fingers, fold, hang on the shoulder and bring it up to your office. These are only a few examples of what we are working on. The participants of the program will do an internship in some of these startup companies.

How many years are you ready to spend on creating a company?

The average period of time for creating a company from scratch in our industries is 7–10 years. A company that is worth something on the market of, say, logistic robotics, cannot be built faster. Miracles don’t happen. Then there are two ways: you can receive dividends and return investments this way or you can sell your share in the company. We choose the second way and sell. In this regard, we act as a serial supplier of companies for their serial buyers.

And who are your buyers?

There are two categories of buyers. The first one is large corporations. It is a common practice in the world — when a chemical company is planning on working with biotechnologies, it buys 35 startups in 15 years.

The second category is funds (from Russia, China, Europe). We need completely different amounts of capital investments for scaling up, which we can not provide. We are tiny in terms of available capital assets. Our average check for a first year startup is less than a million rubles.

Is a million rubles a sufficient investment?

If you have invested too much in a company, there is a risk that you’ve contributed too much in knowledge and works that soon will become out of date. It is not a rare situation in Russia that startuppers are given a 10 million grant for a one-million idea and they have to quickly figure out how to spend the other nine. One million is an adequate amount of money to start building a business step-by-step. 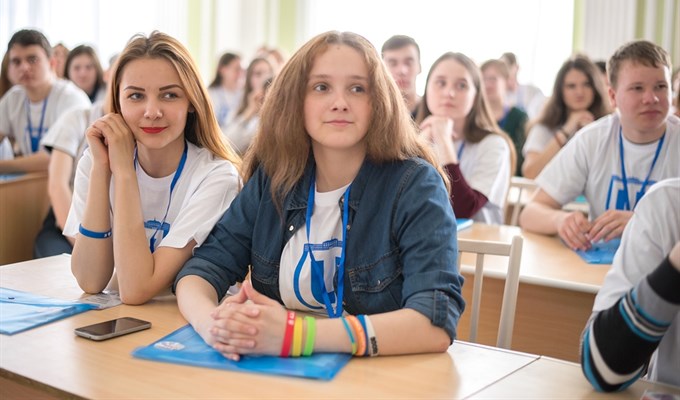 The interns are going to work on startups from scratch. “This is an essential challenge. Because going from point 0 to point 1 is the hardest. And traveling this path does not depend on age or experience. It depends on the level of discipline, self-motivation, and persistence,” believes Denis Kovalevich.