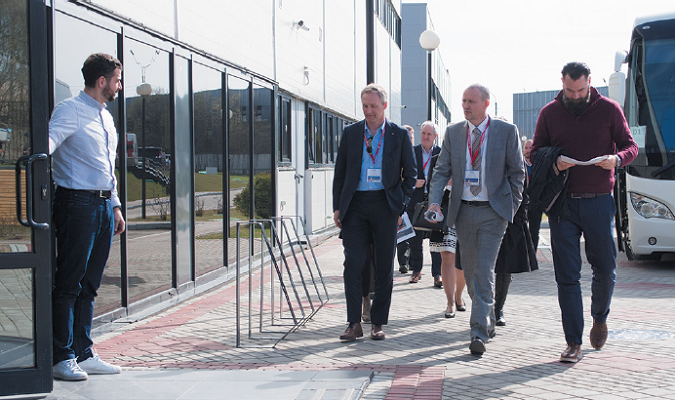 On April 24, during a six-day Russian visit, a delegation from the Belgian city of Antwerp visited the TechnoSpark nanocenter. Earlier, two dozens of businessmen, innovators and managers headed by the Mayor of Antwerp, Bart de Wever, visited Skolkovo. The guests will later head to St. Petersburg. “We have already met with the Mayor in Antwerp and have agreed on a return visit,” said the CEO of the nanocenter, Denis Kovalevich. “Bart is a graduate of the University of Leuven, a historian, and yesterday we recalled that Peter the Great had visited Antwerp during his Grand Embassy even before Amsterdam. And at the beginning of the twentieth century, the Belgians were the number-one investors in Russia. I hope we will be able to revive this tradition.” Kovalevich noted three areas of cooperation: digital solutions in the field of flexible electronics, new industrial biotechnologies and the “smart city” project.

“In Antwerp, we are focused on innovations and have already established contacts with Denis Kovalevich,” commented Guido Muelenaer, Antwerp’s Manager for Strategy and Innovation. “For example, we have new projects on Internet of Things, and this is one of TechnoSpark’s key areas.”

“Very good, promising work,” Vladimir Dudochkin praised the cooperation with Antwerp. The Mayor of the city told guests about Troitsk, its history and its achievements in English.