TEN fab, a contract-based producer of mechatronics, medical equipment and robotics (belongs to the TechnoSpark Group of Companies), has produced the first batch of innovative devices for oil wells at the request of Oklas Technologies, an equipment developer. 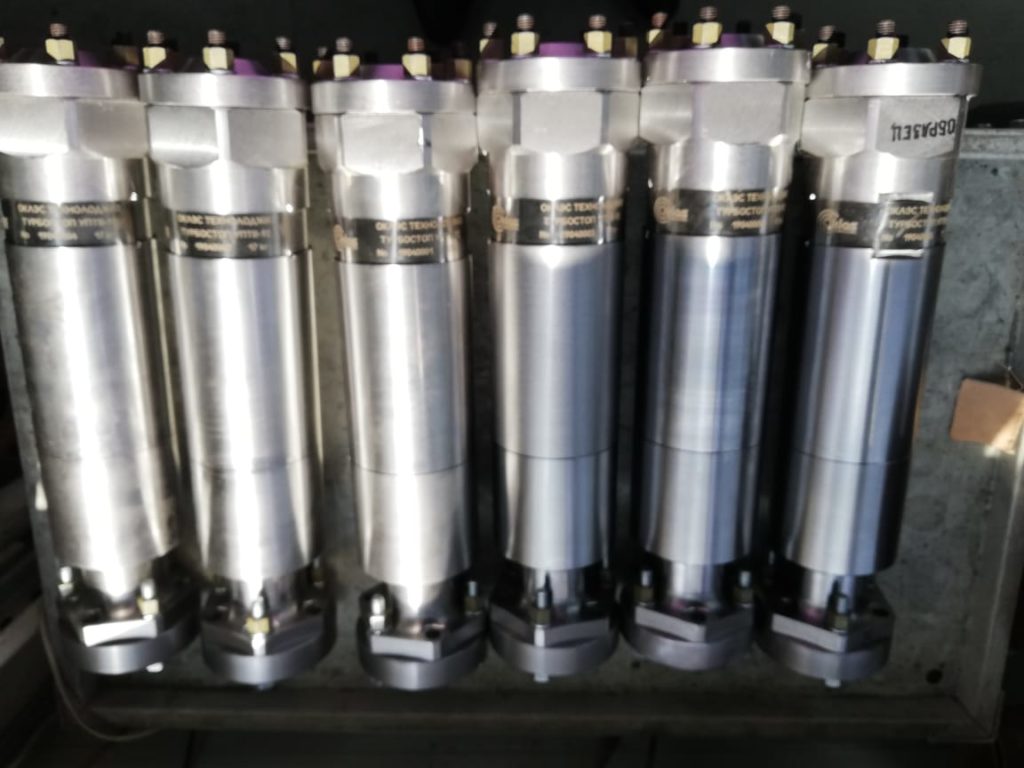 The Turbostop is designed to inhibit turbine rotation of immersion electro-centrifugal pumps. It consists of two entwined parts – a body and base – produced in a processing CNC turning center with a motor driven cutting tool with precision of up to one hundredth of a millimeter. There is an ingenious mechanism installed inside that consists of three types of mechanical couplings which must be made precisely enough so the device operates without fail.

“To produce the first pilot batch of the developed device, we had to find a contractor that would be able to deliver high-quality without any worked-out technological process, design all necessary accessories and tools, and make up the whole set. While looking for the contractor, we looked at many producers, but very few are actually capable of carrying out the preparatory stage of production and comply with the precision requirements in manufacturing itself. It is absolutely essential for the acceptance test procedure to be considered successful, and the procedure is performed in the well over a period of at least half a year. TEN fab is one of the best at organizing the production process, in terms of technology and precision of their manufacturing,” comments Vyacheslav Leonov, Technical Director of Oklas Technologies.

The Turbostop is designed to inhibit turbine rotation of the shaft in immersion electro-centrifugal pumps after they are stopped, which allows to avoid operational downtime in the wells. The number of wells that require this device amounts to 3,000 in RN-Yuganskneftegaz alone.

At the request of Oklas, TEN fab produced some prototypes of the device, elaborated on the design documentation with the company and provided consultancy concerning the optimization of the design for mass production.

“Together with the client, we have gone the whole length from the first prototype to mass production. Collaborative fine tuning of the technology at the stage of production of pilot samples will help to optimize the technological processes for the future mass production. It gives us an opportunity to come up with a competitive price and short production time without any loss in the high quality,” Yury Bocharov, Commercial Director of TEN fab, comments the joint venture.