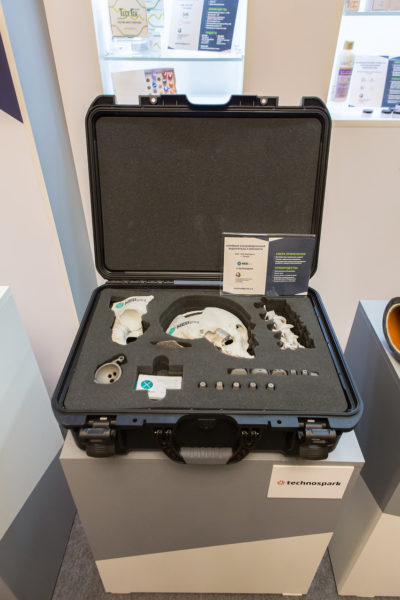 The RUSNANO Week took place in the State Duma in the period April 2-6. The parliamentarians of both houses of the Federal Assembly, representatives of federal executive authorities, scientific organizations, business communities and higher education systems became familiar with the main results of the first decade of creation of the modern nanotechnology industry in Russia.

A round table titled The Condition and Prospects for the Development of the Nanotechnology Industry in Russia that took place in the Small Hall of the State Duma on April 4, at 2:00 pm, became the main discussion forum. Key legislative initiatives aimed at developing the nanotechnology sphere were clarified by Anatoly Chubais, Chairman of the Executive Board of RUSNANO. The round table helped to present suggestions for changing the legal and regulatory framework intended to develop the renewable energy sector and increase investments in direct and venture funds, as well as for reforming the intellectual property rights system.

The RUSNANO Week also launched an exhibition dedicated to products by the portfolio companies of JSC RUSNANO and the nanotechnology centers of the Fund for Infrastructure and Educational Programs. The deputies and other people who visited the exhibition became familiar with products presented by more than 30 nanotechnology companies involved in the energy industry, nanoelectronics, and photonics, nano-modification of materials, nuclear medicine and pharmaceutics.

The exhibition’s items included photo-electric heterostructural elements of solar power stations by Hevel (a joint venture of Renova Group and JSC RUSNANO) with one of the highest efficiency coefficients in the world (22%). For the moment, Russia has 16 solar stations with a total capacity of 434 MW. The Liotech-Innovatsii company (Novosibirsk) demonstrates lithium-ion batteries based on nanostructured cathode material (lithium iron phosphate, (LiFePO4) that is notable for stability, durability, and inexpensiveness. The PJSC Mikron (Zelenograd), one of the largest microelectronics manufacturers in Eastern Europe, will present 90nm topology microchips.

Serial and individual endoprostheses and implants based on additive technologies were presented by the LLC TEN.MedPrint from the TechnoSpark Nanotechnology Center (Troitsk). The company’s products are as follows: intervertebral cages, crural cups, cranioplates, maxillofacial surgery plates, pins. Gazprom buys products manufactured by LLC Kompozitny Gazoprovod from the SIGMA. Novosibirsk Nanotechnology Center: commercial gas pipes made from polymeric and composite materials and intended for operation at high pressures. Their main advantages over metals are stainlessness and durability. One of the exhibition’s stands is dedicated to energy-efficient materials and energy-saving technologies recommended for use when apartment houses are reconstructed. The ENRU company presented an energy storage system (a capacity of 7 kWh) intended for households.

Source: The official site of the TechnoSpark NC
Date: April 6, 2018