Partner of nanocenter “Technospark”, Troitsk-Rally won the Cup of Russia. The article about it was published on 02.11.2015 in Motul Sport News:

The last round of the Rally Cup of Russia took place on 31 October and 1 November in the mountains of the Republic of Adygea, at the extreme west of the Russian Federation. Two-thirds of the teams on the starting line reached the arrival at the end of the 218 km circuit including 122 timed specials. Team Troitsk-Rally and its Lada 112 Coupé were supported technically by Motul After a difficult start, Roman Belyaev and co-pilot Natalia Goncharova finally won the rally and the title in 2000H class.

Belyaev and Goncharova lost time the first day due to spinning out. But the following day, in the second special, they took the lead again and kept it to the end. This fifth success allowed them to clinch the 2015 title. ‘The rally hadn’t visited these mountainous regions since 2009 and the layout of the specials was new for everyone,’ explained Roman Belyaev. ‘We weren’t able to set the car up as we would have liked before the start, which explains day one’s difficulties. Then we regained competitiveness by fine-tuning.’ Natalia Goncharova sends out a warning to competitors with next season in view: ‘After a few years of learning, we have won the Cup of Russia, but the adventure is only just beginning, we’ll be even stronger in 2016! 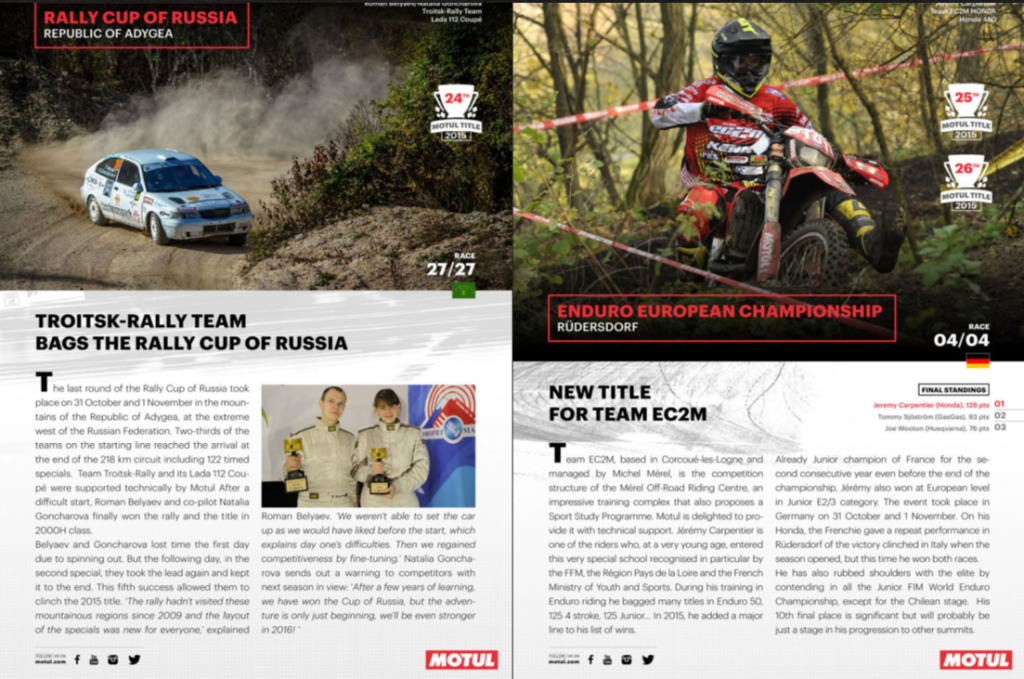